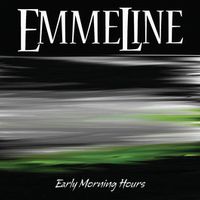 From the recording Early Morning Hours

I was walking through the market yesterday
An old man grabbed his guitar by the neck and started to play
His tongue peeked out the corner of his mouth
He had a pencil; it was tucked behind his ear
His smile was bent beneath the weight of all his years

His fingers traveled lovingly along the strings
And I remembered how yours used to stumble over me
His voice was soft as well, but his had truth to tell
And he sang a song about the way he fought for love
But you taught me that, sometimes, fighting just isn't enough

I remember the first time I saw your face
You were poking fun at everyone with such malicious aim
You clung so to your wit, and all your quips were quick
But I thought I saw a weakness in your eyes, and I
I felt inspired to unearth your softer side

You cornered me one night just after dark
You let it slip that you felt like your life had fallen apart
Your lips pursed in a pout, a tiny tear slid out, and
You cried into my shoulder that night and then the next
We chatted weekly at the cafe like two old Hollywood friends